skip to main | skip to sidebar

Human.4, by Mike A Lancaster

Egmont has really been hitting home runs for me lately.  This is no exception.  I loved getting this one along with a few other ARCs from them.  Not only did I get to read it, but my brother really liked it, as well, so that’s another plus for the book.

Kyle Straker volunteered to be hypnotized at the annual community talent show, expecting the same old lame amateur  acts.  But when he wakes up, his world will never be the same. Televisions and computers no longer work, but a strange language streams across their screens.

Is this nightmare a result of the hypnosis?  Will Kyle wake up with a snap of fingers to roars of laughter?  Or is this something much more sinister?

Narrated on a set of found cassette tapes at an unspecified point in the future, Human.4 is an absolutely chilling look at technology gone too far.

The premise of this book grabbed my attention while at the same time giving me an eerie feeling, right from the start.  The story is narrated by Kyle Straker, who has a nice but bold voice that I think can easily resonate with teen boys.  He’s introduced to us as a normal kid who has a pretty normal life in his small town.  And he’s strong enough to keep it together as events and people around him become more difficult to handle.

After the hypnotism, Kyle and the other characters who were under band together and try to deal with what happened as a sort of hodge podge team.  They have their hard times, but I liked the dynamic of all the characters together, working towards their goal of figuring out what has suddenly happened to their world.  They’re all interesting characters separately, as well, so that helps with their chemistry together.

Although there aren’t many big action scenes, I did feel the tension and suspense of the story.  I kind of knew what was going on the whole time, but still found myself anxious as I read because the characters were so real to me that I worried for them.  The book blurb promised me chills, and I found them, although this is not a horror story.

What a great book for boys.  And it’s a great sci-fi read and should have you turning the page to make sure Kyle gets through safely on the other side.

Until next time, go read something! 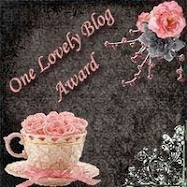 Thanks, Aly! You're awesome. 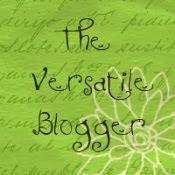 Our first award! Thanks Lost in Believing!

You can help us keep our giveaways alive by donating today! Every amount helps us. We love bringing you great books and great contests!